The Wikipedia entry for Gougleman reads:

Tucker Pierre Edward Power Gougelmann was a United States Marine Corps captain, World War II veteran, and a Central Intelligence Agency officer in their Special Activities Division who was killed in Vietnam in 1976.

World War II and entry into the CIA.


During the war he served in the Pacific, participating in battles such as Guadalcanal. During the Solomon Islands campaign he suffered a severe wound as the result of being shot in the right leg by a Japanese sniper while he was helping to move his fellow soldiers who were wounded out of danger.

Although the military doctors told him that his leg would have to be amputated as part of his treatment, Gougelmann was intent on returning to service and therefore refused to give his permission for the doctors to proceed with the amputation. He wound up keeping his leg but as a result his convalescence lasted for two years. During this time he was decorated with a Purple Heart in recognition of his having sustained the injury in combat.

By the time he had recovered and was returned to active duty the war was drawing to a close. Regardless, Gougelmann remained in the Corps until his honorable discharge in 1949. Wanting to continue in service to his country, Gougelmann joined the then nascent Central Intelligence Agency, which had been created from the embattled Central Intelligence Group ("CIG") following the National Security Act of 1947 which Truman had signed into law only two years earlier.

Although the CIG had a track record of difficulty with attracting "the best and the brightest," the newly formed CIA had no such difficulties in its early years. It was in fact a magnet for many of the nation's privileged youth who were recent graduates of top educational institutions, such as Ivy League universities. It was viewed as presenting a unique set of challenges, interesting work, and the opportunity to serve the country at the beginning of what would ultimately become known as the Cold War.


Gougelmann's first assignment was to Korea during the Korean War from 1950–1953. There he participated in covert operations, including helping agents to infiltrate the North. His experience in covert operations was subsequently put to use in the CIA's attempts to overthrow Fidel Castro in Cuba during the mid/late 1950s and early 1960s. Gougelmann may have been involved in the botched Bay of Pigs Invasion in 1961, although this is not confirmed. Following the CIA's failed attempts to remove Castro from power, and the public relations problems that it caused for the Kennedy Administration, the CIA's role with respect to Cuba was severely curtailed as Cold War's active theater moved from Cuba back to other parts of the world, including Southeast Asia. Gougelmann's assignments during that time took him to Afghanistan as well as various locations in Europe.


In 1962 Gougelmann was assigned to South Vietnam. He continued to specialize in covert paramilitary operations work, coordinating Swift Boat raids against the North using Taiwanese nationals posing as civilians. Following the conclusion of the Swift Boat raiding program, Gougelmann was assigned to the CIA's Saigon Station where his knowledge of covert operations methods was put to use in the domestic counter-intelligence work of a local governmental entity. Being settled in a location for the first time in a long while, Gougelmann began a family life there with a local woman.

Gougelmann departed South Vietnam in 1975 before the final military capitulation and was living in Bangkok, Thailand as a civilian. When his family could not be evacuated from Saigon prior to the impending Vietnamese victory, he returned on his own. Once there, he established contact with his family, but had difficulty finding a way to get them out of the country. In the environment of that time, his continued presence was very unsafe, as an American CIA Officer would be a prime catch for the triumphant Vietnamese.

Although he tried his best to hide, including stuffing himself into an alcove behind a refrigerator, he was eventually found during a search conducted by the police on the advice of a local Vietnamese.

Capture, interrogation and torture[edit]
He was immediately taken into custody and kept in the main prison of the area, Chi Hoa Prison. A French reporter had witnessed his arrest and he was reportedly seen by Vietnamese prisoners in Wing ED, where he was being kept. The Vietnamese government denied that they were holding him, despite being presented with evidence to the contrary. Details of his imprisonment are limited and unconfirmed, and his treatment by the Vietnamese during his captivity is based on examination of the evidence after the fact.

Gougelmann was removed from the prison several times to be taken for interrogation, and government officials believe he was tortured during this time. The Vietnamese government continued to deny that they were holding Gougelman for the remainder of 1975 and 1976, but in 1977 they released his remains to U.S. authorities. Postmortem examination by U.S. government officials revealed that Gougelmann was tortured during his captivity, as evidenced primarily by a very large number of broken bones which appeared to have been broken and re-broken after healing.


Before leaving Bangkok for Vietnam, Gougelmann asked a friend to try to get his family, including his youngest son, Edward who was born after Gougelmann's's arrest, out of Vietnam and to America if he ran afoul of the Vietnamese authorities. After contacting American government officials in the CIA, Congress, and other high-ranking government offices, the friend succeeded in obtaining visas which allowed the family to emigrate to the United States.

After Gougelmann's remains were returned to the United States, he was buried at Arlington National Cemetery. His grave is located next to that of Francis Gary Powers, a CIA operative who had became famous in 1960 when he was shot down over Soviet airspace and captured while working as a pilot for the CIA as part of their U-2 high-altitude espionage program. (Powers was exchanged in 1962 for Soviet KGB Colonel Vilyam Fisher in a well-publicized spy swap at the Glienicke Bridge in Berlin.)

Though not serving in an official capacity at the time of his arrest in 1976, the CIA decided that Gougelmann's death was a result of the official CIA activity that he had been involved with previously in Vietnam and granted him a star on the CIA Memorial Wall at CIA Headquarters in Langley, Virginia which commemorates those CIA staff who died in the line of duty. 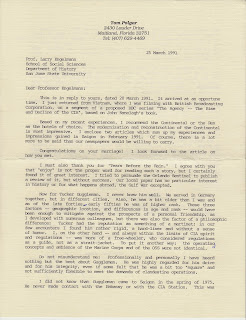 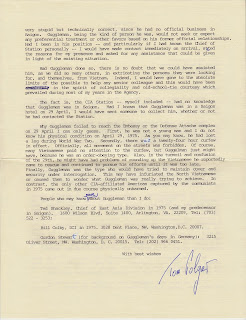 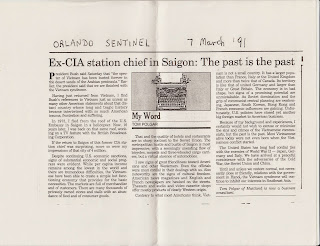 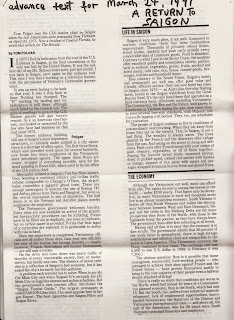