Thomas Polgar
"We Were a Defeated Army" 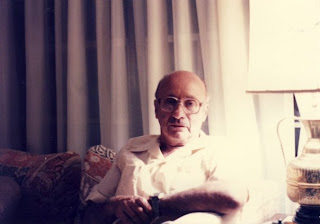 Marius Burke, Air America, Thailand, Laos, Cambodia, Vietnam 1963-1975. As part of our duties we carried the ICCS teams (Poles, Hungarians, Indonesians and Iranians) all over the country including denied areas. We had two of our helicopters shot down in the process; all aboard one were lost and the other group were captured but released a few days later. I remember flying out of Pleiku. We would overnight at the base where the Poles and Hungarians also were housed and would see them at the club at night. The Poles were generally standoffish but for the most part the Hungarians were quite friendly. In fact, we were invited to the head of their delegation’s quarters on a few occasions. I am sure they were looking for information but we stayed with mundane subjects such as stamp collecting, etc. But he was very hospitable.

Fast forward to mid April, ’75. I was busy working on setting up roof top landing areas based on my experiences during the evacuations in Danang and Nha Trang. Concerned about having adequate fuel supplies, we located an abandoned USAID apartment building in Saigon and removed all access to the roof top so we could position drummed fuel for emergency use should our supply at the airport be lost. I had just finished dropping off one load when the tower called me and said orders had been given to shoot me down if I went back there. A day or so later, while attending a meeting at the Embassy, Ambassador Martin came up to me and said, I was unnecessarily upsetting folks with what I was doing and if it didn’t stop he would have me thrown out of the country. He went on further to say that he had information that Saigon was off limits to the North Vietnamese and they would never come in. Learning that Polgar was Hungarian and of the understanding that he was on good terms with the head of the Hungarian delegation, I suspected that Martin’s comments emanated from Polgar. Did not realize that he was living only about an hour away here in Florida. Would have liked to have been able to sit down and chat with him about that.