The Girl Who Was Not Greta Garbo 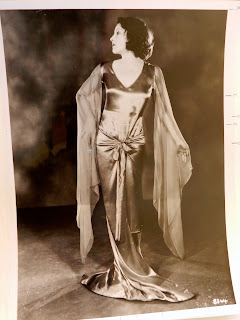 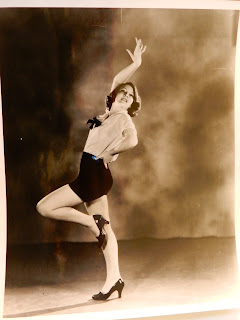 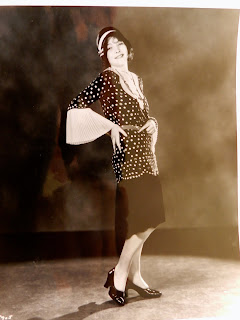 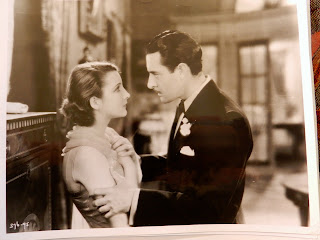 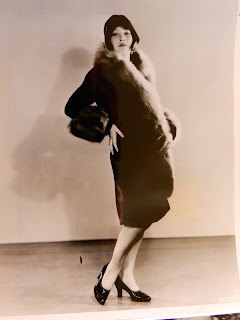 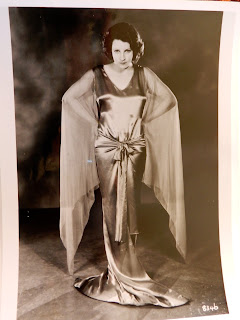 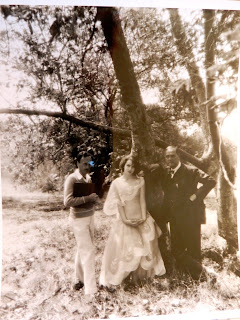 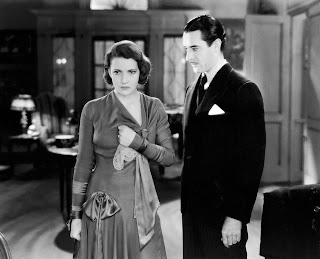 [Hubert Voight died in the fall of 1988 after being struck by an automobile in Palo Alto. Greta Garbo died in the spring of 1990 in New York of an undisclosed illness. She was mourned by movie fans around the world.] 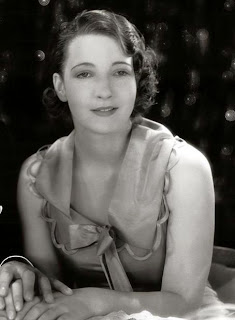 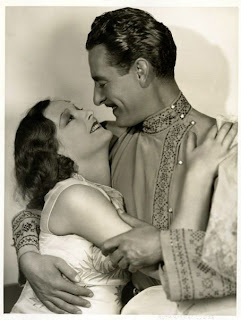 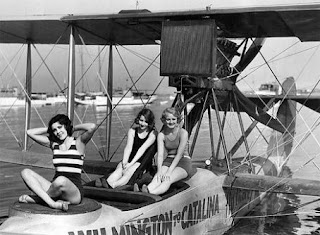 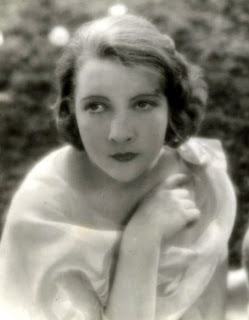 Addenda! [January 8, 2011]
Eva von Berne, the Austrian actress brought to Hollywood as a potential Greta Garbo rival and who played the ingénue in the apparently lost John Gilbert-Alma Rubens silent drama The Masks of the Devil (1928) — her sole American movie — has died. Again.

Von Berne, according to many sources including the IMDb, had already passed away in 1930, purportedly from "excessive dieting." (Other "reports" claim she died in a car crash.) Now, via the Everett Collection’s Eve Golden — sourcing content originally posted at the online forum voy.com, also published in the German newspaper Die Welt — I learn that von Berne actually died "after a short illness" on Nov. 9, 2010, in the Hungarian town of Hedervar. Von Berne was 100 years old.

Much as I tried in the last couple of hours, I couldn’t find any confirmation of the report.

According to Toni Schieck’s mini von Berne bio at voy.com, the actress was born Eva Plentzner von Scharneck on July 9, 1910, in Sarajevo, the capital of Bosnia and Herzegovina — then part of the Austro-Hungarian Empire. Eva fled with her family to Vienna following the outbreak of World War I in 1914.

A teenage model, she was discovered by MGM’s second-in-command Irving G. Thalberg while he was honeymooning with Norma Shearer in Vienna in 1928. That summer, the young model sailed to New York and from there she headed to Hollywood, where Thalberg hoped the now renamed Eva von Berne (reportedly after producer and future Jean Harlow husband Paul Bern) would become another Greta Garbo.

Garbo had to lose weight and be beautified after going Hollywood, and so did von Berne. Garbo, however, had had prior film experience in both Sweden and Germany. Von Berne had had none, which proved to be a handicap following her arrival. The fact that the 18-year-old had little-to-no command of the English language didn’t help matters any.

The studio was unimpressed following her appearance in Victor Sjöström’s The Masks of the Devil as the young, innocent woman for whose sake a sex-loving baron (John Gilbert, then MGM’s biggest male heartthrob) decides to go monogamous. (Reviewing the romantic melodrama, one publication at the time wrote that von Berne "reminds one of those oval-faced expressionless ladies so often found in Italian primitives.") Shortly thereafter, the young actress was sent packing back to Europe.

Schieck quotes von Berne friend Christa Holy as saying that Der Ruf des Nordens "was a financial disaster" and that von Berne gave up on movies as she "lost her interest on [sic] acting" right when the switch to sound was about to take place. It was at that time that rumors about her demise began circulating. Who came up with those rumors — and why — I have no idea. (I was unable to find any 1930 obit for von Berne.)

Von Berne returned to Vienna, where she attended an art school and worked at a department store as a "window decoration executive." She later married Helmut Krauss, a former major of the Austrian army, and became a sculptress. Her work was shown in galleries in several Austrian cities.

Giving credence to the fact that she didn’t die in 1930, von Berne is listed online as one of the interviewees in Kevin Brownlow and David Gill’s mammoth 1980 BBC documentary Hollywood, a comprehensive look at the silent film era in the United States. (I’ve seen Hollywood, but I can’t recall an Eva von Berne interview.)

According to Schieck, von Berne was the last living performer from the German silent era. Countess von Freyberg-Eisenberg, aka Pandora’s Box actress Daisy D’Ora, had died on June 12. In 2006, von Berne told Schieck in a telephone interview, "It’s lucky [sic], that the world believe I’m [dead]."

Following Miriam Seegar’s death last Jan. 2, Barbara Kent, 104, has become the only surviving adult performer who had at least one major role in Hollywood silent movies (Flesh and the Devil, Lonesome). 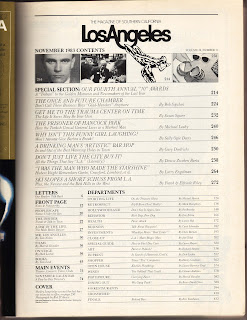 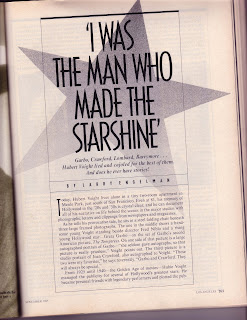 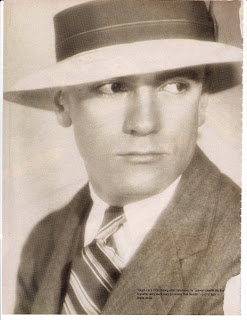 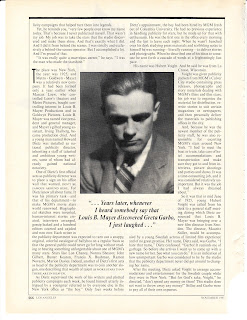 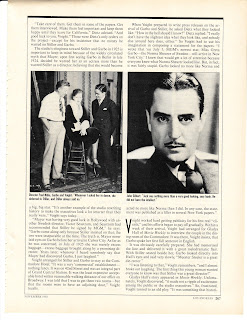 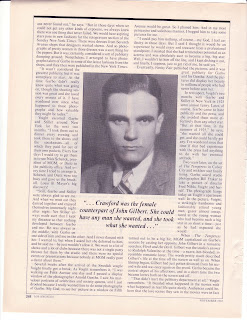 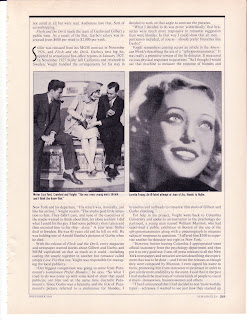 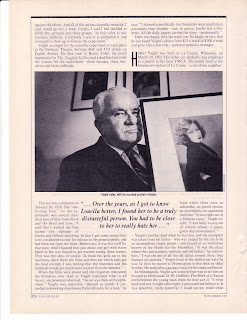 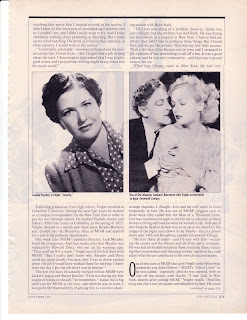 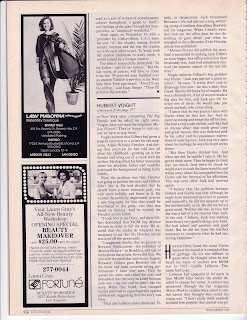 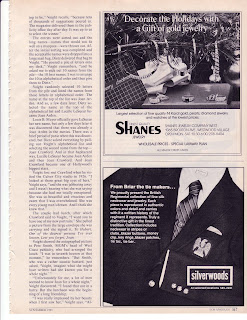 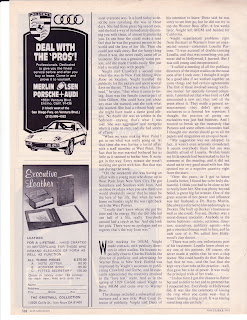 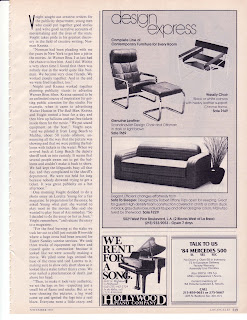 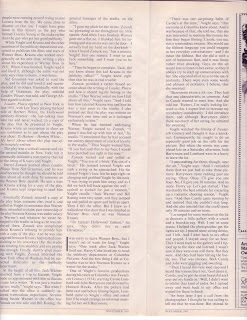 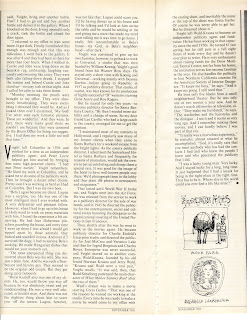